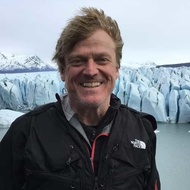 Patrick Byrne
Politics • Science & Tech • Business
100% of this accounts proceeds do things to save our constitutional republic—your subscriptions & donations are greatly appreciated.

“We cannot achieve our goals if there are threats or acts of violence. This movement is a peaceful protest & we do not condone any acts of violence, etc. We know there will be activists working at the behest of global authoritarians & think tanks to sabotage our movement. Because of this, we must have a zero-tolerance approach to aggressive behaviour & violence.”
Interested? Want to learn more about the community?

Patrick Byrne@PatrickByrne
May 23, 2021
EXCLUSIVE VIDEO CLIP: Rachel Maddow herself is RENDERED USELESS when she has to say my name in her propaganda filled commentary!

00:03:58
144
View All
141
Reply
Interested? Want to learn more about the community?
What else you may like…
Videos
Podcasts
Posts
Articles

SCOTUS just loaded a gun, cocked the hammer, put it to the head of Congress, and said: "No funny business, youse hear?!?!"

THIS ONE IS NOT GOING AWAY, FOLKS.
SEEKING:

ARIZONA CITIZENS WHO MAY WISH TO JOIN THE SUIT.
Contact attorneylambert@protonmail.com

Hey folks. I am in Israel, but I remain in touch with and am encouraging brave patriotic Americans back home. I will be doing a livestream within one hour regarding the following matter:

There is a fine Arizona citizen named "Gail Golec", who has filed in Arizona challenging the election and requesting a Temporary Restraining Order against certification Monday morning. To the best of my knowledge, it is the only TRO filed seeking to block certification. 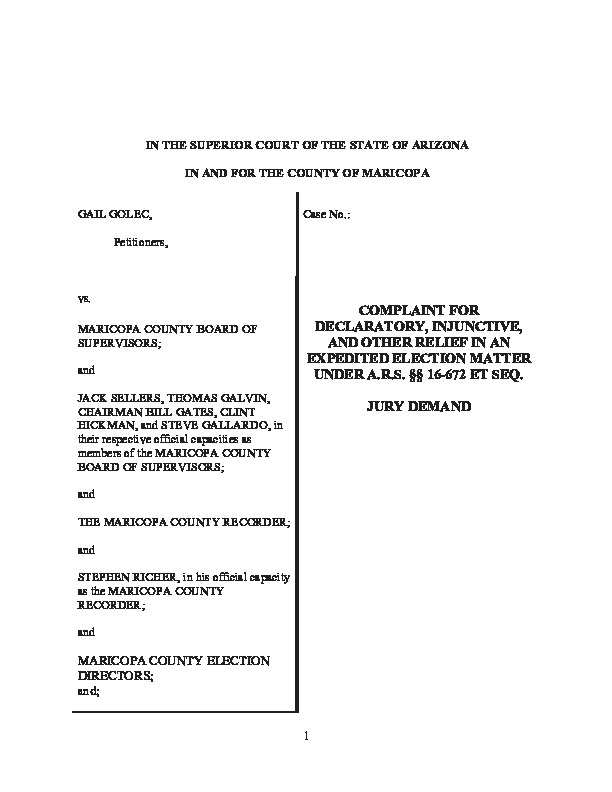 Will be walking quickly through some of my Telegram posts, and updating you on Maricopa and our peaceful plan forward.

Patrick Byrne@PatrickByrne
22 hours ago
Hi Georgia. “I’ll be your huckleberry.”

I was there for the whole thing, saw more even than Mike. Call me in and I won’t take the fifth.

Patrick Byrne@PatrickByrne
December 07, 2022
If I question an election’s integrity, does that make me an “extremist”?

Patrick Byrne@PatrickByrne
December 06, 2022
Is it my imagination, or does Tony sound like a man who has something to hide?

“Tony Daunt, a Republican member of the canvassing board, described the push for recounts as "frivolous" and "unnecessary." … concerned about the recount "devolving into a circus" and individuals trying to use the effort in bad faith to issue subpoenas and pursue "forensic audit nonsense."”

George Orwell's prescient work 1984 foresees tyranny's need for propaganda that renders listeners incapable of critical thought, to the point that they cannot process what is in front of their eyes.

Fine illustration was given in the early minutes of the movie 1984, as we learn the daily routine of Winston (the protagonist). To a loudspeaker incessantly broadcasting statistics demonstrating Big Brother's progress in all areas of life, we witness their physical impoverishment (a colleague asking for a razor blade learns that Winston has been using the same blade for six weeks), as well as (through another colleague) Big Brother's assault on language as a way to control thought. We also witness the inability of the brainwashed to process the world they inhabit: the loudspeaker's lies about Big Brother's successes cheers up Parson while he works his way through a bowl of mush and meat-substitute. He is so indoctrinated he cannot process the reality in which he is sitting or even the food he is tasting.

Here is another situation that resembles this scene from 1984. Yesterday in the United States Senate, a British actuary presented the following information from the UK (which has excellent public health surveillance): getting vaccinated makes one somewhere between 26% and 145% more likely to die.

Yet I know plenty of educated, normally sensible people, who cheerfully continue their defense of Big Brother's handling of Covid-19. They espouse their willingness to continue subjecting themselves to shots with all the alacrity of 1984's Parson, reciting statistics about Big Brother's successes while shoveling down gruel and meat-substitute with gusto.

388
View All
76
Reply
Don’t have a Locals account yet? SIGN UP
I’m already a member Log in
Please keep this window open while your file is uploading...